Year 1998 was a breakthrough for us with respect to promotional activities.

That’s how it was called – advertisement, promotion are tools which are called now marketing. Nowadays, no one is surprised by that, but in those days, advertising newspaper in colour was rare! Having such a newspaper meant that company was OK – because it was actually true. 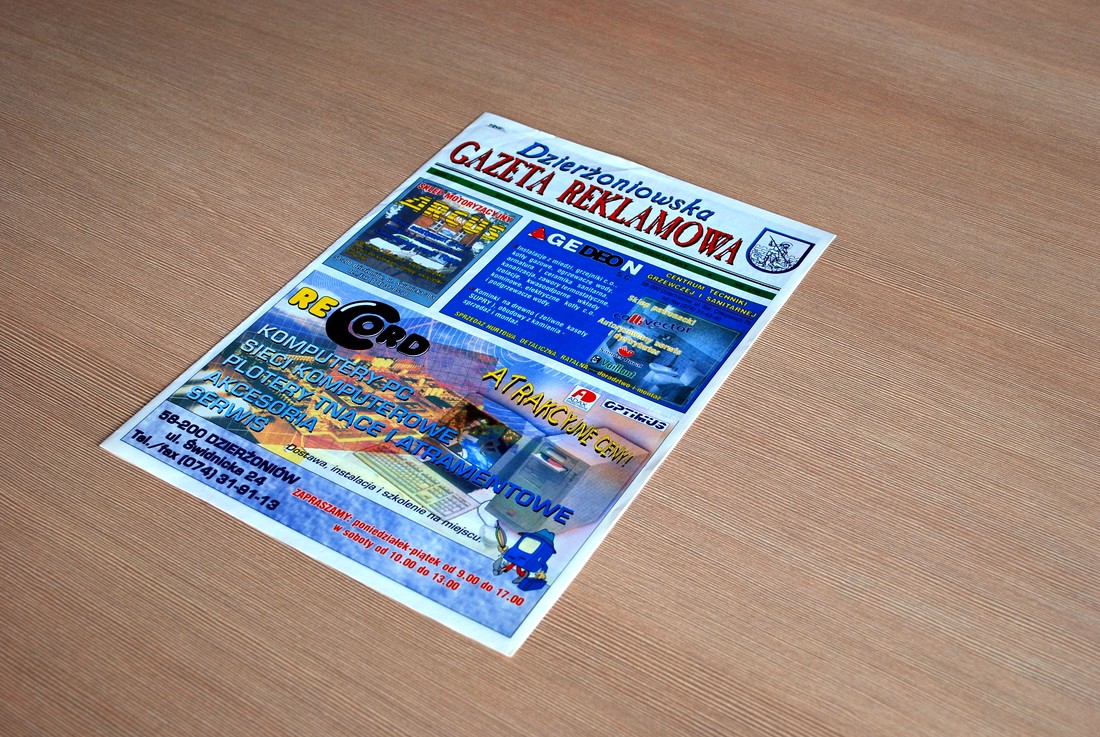 Advertisement of the printing office

In this promotional newspaper, the first simple advertisement of Image showed up – our printing office from Dzierżoniów (called then „Zakład poligraficzny” and on the back visible as „Agencja Wydawnicza”) – showed up on the market. 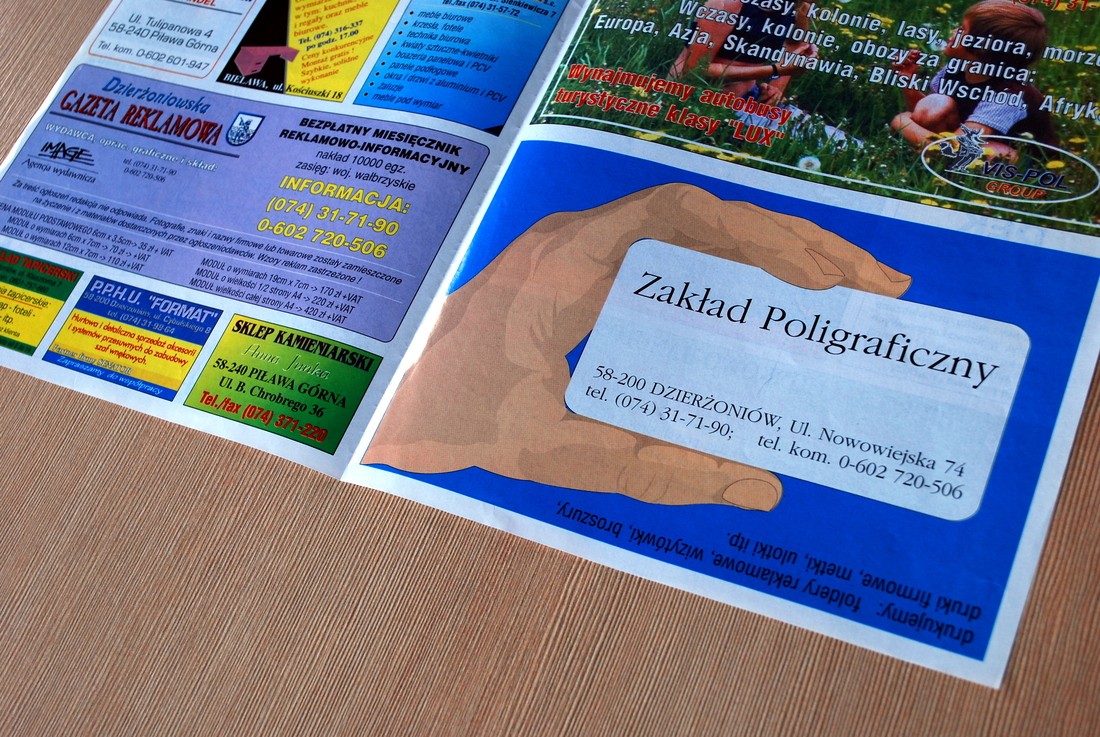 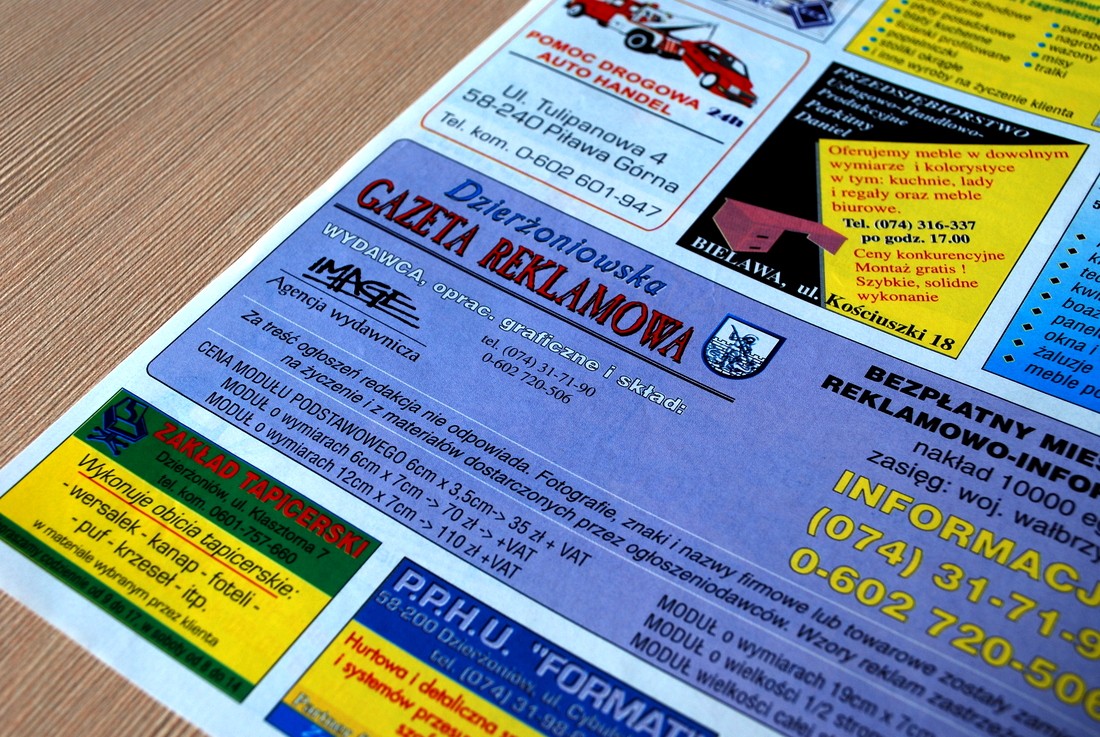 Sign of these times were also first actions in order to build a brand of our company – that’s why, for the first time, a new logo of Image was presented, which exists in similar form to this day. 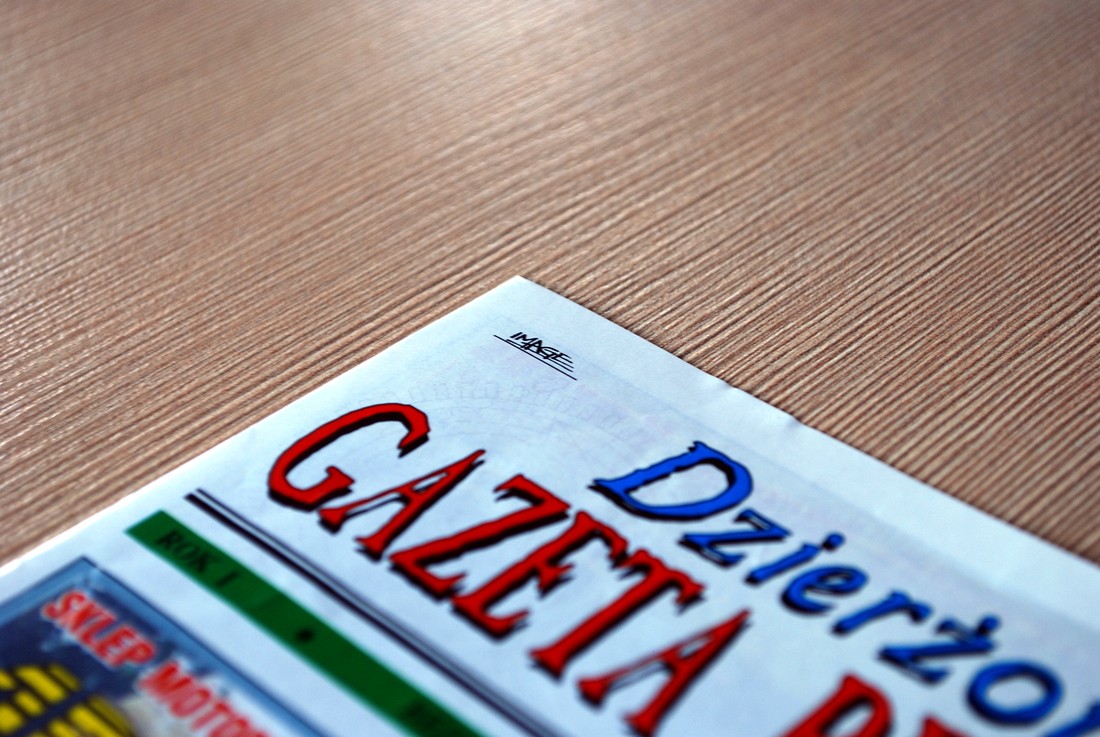 See the first logo of our printing office.

See how our logo have been changing

Share on FacebookShare on TwitterShare on Linked InShare by Email

Share on FacebookShare on TwitterShare on Linked InShare by Email 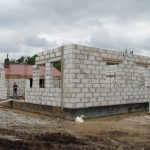 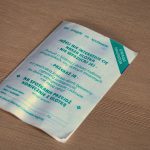 Year 1997 – Promotional leaflets then and now – has something changed?Uncategorized